Garage Door Opener – The Comfortable way to Use Your Garage 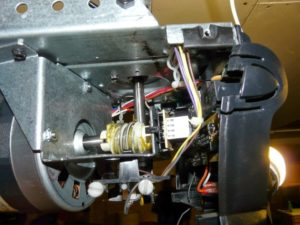 Garage door openers are simple devices that provide dozens of features and have a vital role in today’s life. They are used to open and close garage doors. Because most homeowners have garages, they require garage door openers. Yes, you can order one today, but before doing so, you will want to know something more about these devices. No, they are not as simple as you may believe. 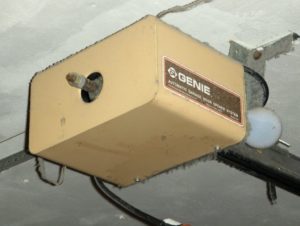 Did you know that the first garage door opener was introduced in 1926? It was developed by C.G. Johnson in Indiana, the United States. The first commercial unit appeared on the market after World War II, and it radically changed the lives of most people. After it, there was no need to manually open and close heavyweight garage doors, each time when you want to park a car inside or to go somewhere.

All garage door openers use springs on the doors and counterbalances to work correctly. This is the same as on manually controlled doors, where the user will have to lift them using the help of the features as mentioned earlier to open them. A garage door opener does the same thing, but with the help of an electric motor and a drive system. How it works will be explained more, further below. 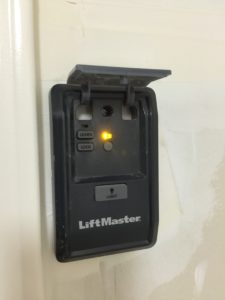 A few decades back, you were able to purchase just one type of garage door opener. Now, the situation is completely different. There are five types of them, and each one offers different advantages. These units are categorized according to the drive they use. All of them work on a simple principle, but use different components to reach the result. As such, we have: 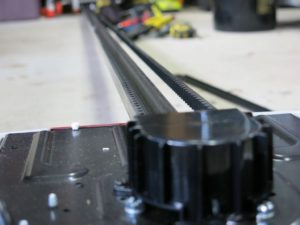 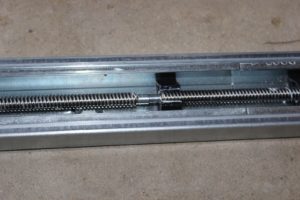 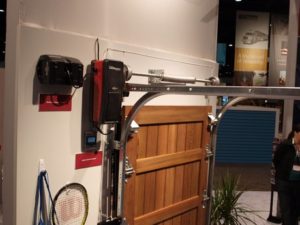 There are some differences in the electric motors. The power is an obvious one, but keep in mind that some units feature AC, while others use DC motors. DC units are recommended, due to the fact they are more reliable, durable, and energy-efficient. Also, they can be paired with a backup battery.

All of these devices work on the same principle. Yes, there are differences regarding the type of garage door opener, but all of them have electric motors and additional components which move the door. Here is a simplified explanation of how they operate.

Although this is the main way how these units operate, there are additional components, which affect the operation. Some examples are safety sensors, which will prevent door closure; others include automatic door closing, etc.

All of the garage openers work on this principle, except jackshaft models, which use cables and which are located on the walls rather than on a ceiling.

Purchasing a garage door opener isn’t as easy as you may believe, but if you know the facts from below, this task is much more comfortable. The first thing to consider is the type of unit. We have already explained to them and their advantages, so you should go back and decide which type you need.

The next main thing to consider is the power of the electric motor. As such, we have three alternatives:

A related advantage of more powerful electric motors is their reliability. Those with 3/4 HP and 1HP are more durable simply because they use less power to complete a task.

There are additional features that need to be considered. Some technologies like rolling code, lighting, safety sensors, and remote controllers with 2 or 3 frequencies are almost standard, so all models already have them. Here are less known features you need to consider.

This system allows you to control garage doors with your voice. For example, you can use Alexa system made by Amazon.

Garage door openers which are Wi-Fi enabled can be controlled from anywhere in the world via a smartphone or a tablet. All you need is a smart device and a compatible unit.

This feature makes your car a smart device, allowing you to open the door from a car. HomeLink is a system commonly found here, and it supports almost all newer vehicles.

This feature will eliminate the risk of the possibility that a stolen remote controller open your garage. It isn’t widespread, but it is important.

Garage door openers are something that most homeowners have or will have any time soon. They are a necessity rather than something you may need, and as such, they are more than just desirable. There are a lot of different types, with different features and different power outputs. We have defined all of them, meaning that now, you are ready to choose a garage door opener that suits your requirements perfectly. After that, all you have to do is press a button, and your garage door is open or closed.

Most well known brands on the market

Here are currently the most popular ones:

Liftmaster 8355 Review - WiFi Premium Series Most of us are looking for an advanced, high-end garage door opener that supports Wi-Fi features. Usually, those models are reserved for homeowners who want to check the status and control their garage door opener from literally anywhere. If you are one of [...]

3 Popular Genie Garage Door Openers Tested And Reviewed A garage door opener is a complicated device that will automatically open and close the garage door with a single button command. But, there are a lot of units out there and plenty of brands that deserve your consideration. Today we [...]

Garage Door Opener Circuit Breaker Size In any electrical design, an appropriate protection must be added to avoid any harm to the devices used in the circuit but most importantly to prevent any incident that can cause a hazard to human users. The components used in any circuit can only [...]

Garage door opener: Troubleshooting and fixing the most common problems

Garage door opener: Troubleshooting and fixing the most common problems Modern devices and gadgets have complicated electronic components and a lot of systems that can fail at some point. Garage door openers (best here) are one of those devices and they can stop working after some period of time. If [...]

DIY Garage Door Opener Installation Steps One of the biggest advantages of garage door openers (here) is the ability to install a unit all by yourself. There are special models on the market that come with this benefit and they are usually advertised as simple gadgets with all the things [...]

How to choose Garage Door Opener

How to choose Garage Door Opener A garage door opener is a costly investment that needs to be taken with a lot of research and a lot of knowledge. The worst thing you can do is to purchase the cheapest model out there. Will it meet your requirements, can it [...]

Important things to consider when changing your garage door opener

Important things to consider when changing your garage door opener An average garage door opener will last around 10 years. With proper maintenance, you can prolong this lifespan and use it even longer. However, eventually a unit you have been using will show signs of its true age. When this [...]