Why you should replace garage door opener made before 1993

A house is related to safety and peace. However, there are a lot of things you can do in order to get the safety you deserve. Some threats like unfenced swimming pools and obvious, while others not so much. Garage door openers need to be safe and reliable as well. Keep in mind that the lightest garage doors will have a weight of over 300 pounds. Now, add the power of garage door opener and the moving capability and you can have a serious threat. In reality, moving the garage door is the next heaviest thing after your car.

In the United States, garage doors and garage door openers were related to injuries or even worse since the day they were invented. It was rare but possible for a garage door to hit a child or a pet. This was a major issue and the government decided to put an end to this threat. Today you will learn how and why they do this and how you can make your system safer. 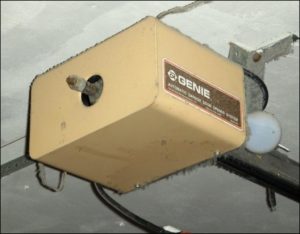 replacing garage door openers made before 1993

Importance of the year 1993

The first thing here to remember is that garage door openers were not controlled nor tested by the government. This changed in 1990 with the Public Law 101-608 which was a part of the Consumer Product Safety Improvement Act of 1990. It stated that all garage door openers made after 1.1.1993 must meet specific safety requirements in order to be allowed to reach the market.

The first system that all garage door openers had to have was the photo eye system. Basically, the system will use an infrared beam to detect is there any obstacle. If there is, the garage door will stop closing process and re-open. The same applies to the force measurement. If a garage door opener detects an unusual amount of force needed to close the door, it will open them instead.

This law also is known as UL 325 (third revision) made garage door openers so much safer. Today we use the same law but with 6th revision. After 1993 garage door openers became much safer. There was no reports of injuries or even worse cases after this year. An interesting fact is that the similar law applied to locking fridges. A child was able to enter and lock himself inside, accidentally. He would suffocate. Removing the locking mechanism from all fridges eliminate this risk.

The law covers all new garage door openers and it is extremely important. Sadly, the units made before 1993 are still available and still used. If you have a system of this kind, made before the aforementioned act you need to replace it as soon as possible. It wasn’t tested or approved by the Federal Government and it isn’t safe to use.

The first thing you need to do, if you have an old unit is to test it properly. This is a relatively simple task and now we will guide you through the entire process.

The first part of the test is to check the infrared beam. Place a small box under the door and close them. The system should detect an obstacle and it should stop closing the door and open them instead. If not, it will crush the box. This is an unsafe system and you need to replace the entire system as soon as possible!

The second test is used to check will the garage door opener detect the use of more force than usual and open the door. Place a wooden beam on the floor and close the garage door. It should come to the wood and as soon as it detects unusual force use it should open the door. If not, you can imagine what will happen.

If your system passes all the tests it means that you can use it for a long period of time. If it fails, you will need to replace it. If the system doesn’t have the aforementioned features, you should replace it as well.

Modern garage door openers are better than ever before

The new system won’t be only a safer unit. It will allow you to control it using a smartphone, to get notifications and it will be much quieter and far more reliable. The installation is easier than ever before and this is something you can do it all by yourself.

New garage door openers are also more powerful so they can be used for garage doors that are extremely heavy. Of course, the main benefit is the immunity to hacking. Burglars are still unable to open a garage door when a new unit is installed, thanks to impressive security systems such as rolling code.

All you have to remember is that if your unit is made before 1993 it should be replaced today. If it is made after but it is still an old system, test it and see are all the features working properly. If safety features are affected, make sure to move to the buyer’s guide section and find a new garage door opener which will be so much safer, more reliable and come with advanced features.

See our Best Garage Door Opener Reviews and choose a modern garage door opener to replace your old one.

Garage Door Opener, Repair|Comments Off on Why you should replace garage door opener made before 1993