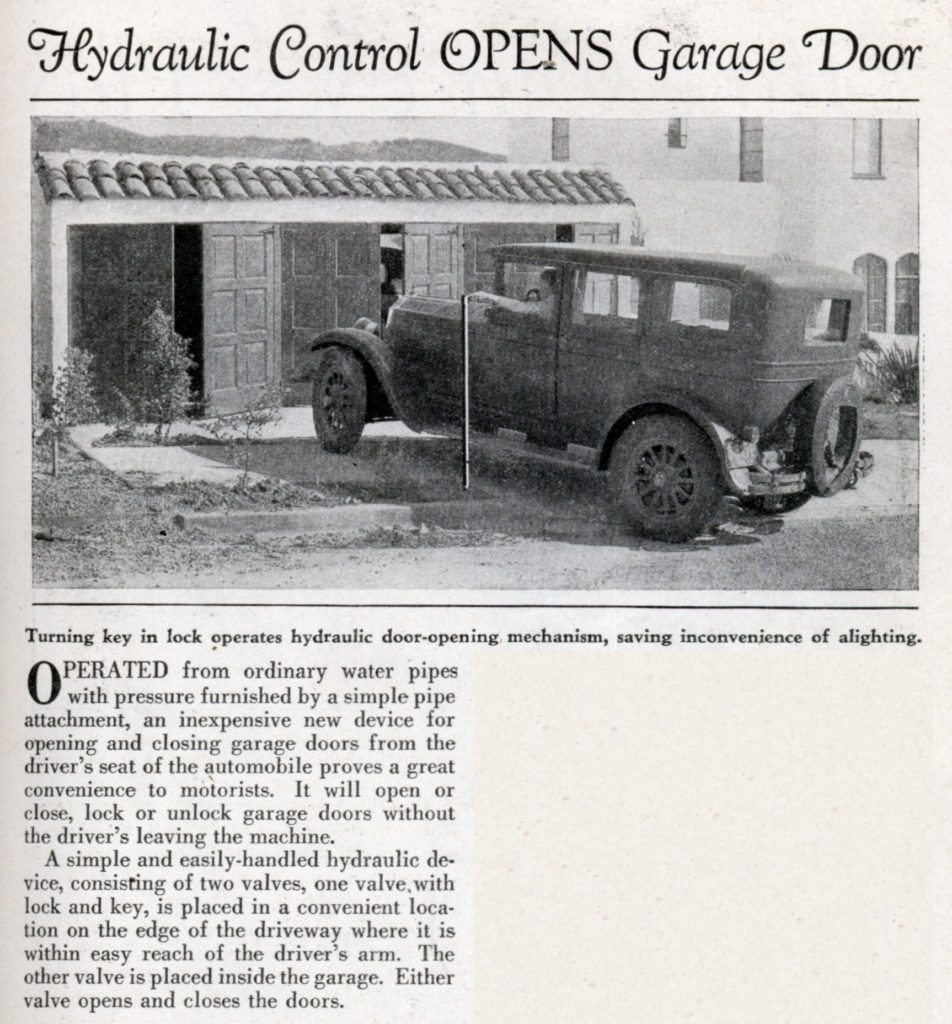 It all started with the Model T

For those of you who don’t know, the first car, the mass-produced vehicle was Ford Model T. So why this fact is important? Before this vehicle people didn’t owned cars so they didn’t need a garage and even those who had it used it for other purposes. The Model T changed all of that due to the fact people were able to purchase a new car for the first time in their life. This made a need for a garage reality. First drivers parked their cars literally anywhere and most of them were parked in front of a house for days. A need for a safe place for a car was created.

Mr. C.G. Johnson is known as a man who is responsible for the garage door opener invention. He noticed that many drivers will need a garage with sectional doors. So, in 1921 almost 13 after the Model T presentation Mr. C.G. Johnson developed the first ever sectional garage doors. They were a massive hit and they helped this man start his own company.

He found the company known as Johnson’s Overhead Door Company (interesting name) and they started manufacturing and offering the first garage door opener, powered using electricity in 1926. It was an impressive device that allowed you not to get out of the car in order to open the garage doors and enter with your car.

In 1931 two teams, unrelated and far from each other had the same idea. It was a simple idea that radically changed the garage door openers. They wanted to implement the remote controllers and allow users to open and close their garage doors easier than ever before. The first team used white noise. It will generate it at a specific frequency which will activate the garage door opener. The second team used pulsing code and it was a bit more advanced. This system also had a safety feature which will detect an obstacle and stop closing the door.

Thanks to this improvement, garage door openers became extremely popular and appealing devices to use. Before they were reserved for people who wanted the best convenience and who wanted to have a modern garage, a place to park their care safely.

Implementation of the fixed code

The solution was known as fixed code technology. Even if two garage door openers work on the same frequency they will use different codes, meaning that only one garage door can be open with one remote controller. The fixed code technology used between 8 and 12 switches (in the remote controllers and the receivers) and was known as dual inline package or DIP. There were between 256 and 4096 possible combinations.

As you would expect the technology made the garage door openers much safer and almost immune to the burglars. This technology started its life in the 70s and it spread across the world almost instantly. It was also considered a game changer and the safest system back in a day.

The same technology remains in use since the beginning of the digital age. With the help of computers, you could find the fixed codes and open a garage door. You basically were able to hack the system and gain access to a specific garage. Some computers could open any garage doors within 10 seconds. There was a solution implemented as well.

The rolling code technology is there to eliminate this issue. What it does is uses a new code each time when you open or close the garage door. As such, it is impossible to obtain the code and use it. There are over 2 billion possible combinations.

First garage door openers were simple devices with simple features. Just a few of them had safety features such as obstacle detection and it wasn’t a standard system. Here you can see another problem. There were countless injuries and even worse cases where children were injured by the garage doors. This had to be corrected as soon as possible.

In the United States’, in 1993 the federal government decided that all garage door openers must have specific safety features such as obstacle detection in order to be approved for sale. This made garage door openers much safer and after the year 1993, there literally were no injuries or accidents involving garage doors.

Modern systems are sophisticated, useful and they are based on the internet. The manufacturers are constantly working on new systems and technologies that will make future generations of garage door openers much safer and even more appealing to use. All we can add is that new systems are better than ever and we believe this trend will going to last in the future as well. To see our review of best garage door openers click here.