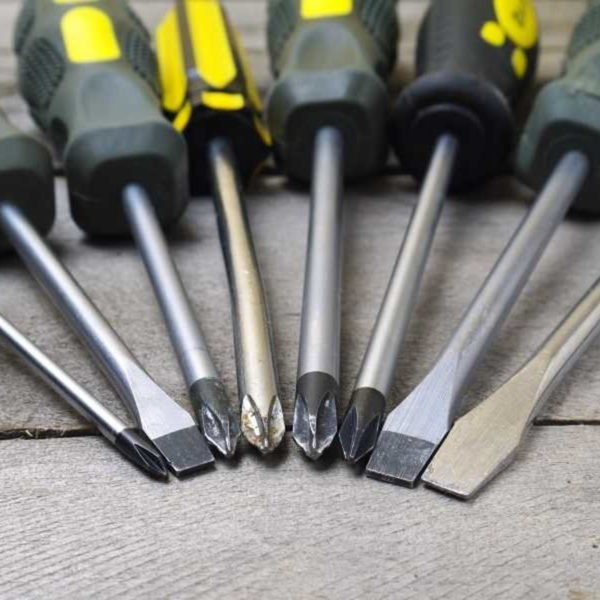 A full screwdriver set might seem like it has far more sizes than you will ever need, but then there comes a day where you realize that your screwdriver set is missing a size that you desperately need. It is thus better to buy the sizes that you need most rather than to buy a full set that you later find is incomplete.

Below you will find the 5 most common screw head shapes with the various sizes available.

A flat head screwdriver is also sometimes referred to as a slotted screwdriver. These screwdrivers are the easiest to recognize because of its wedge-shaped end.

These hex keys are sometimes referred to as Allen wrenches and these screwdrivers usually come in an L-shaped key with no handle. Measurements for the sizes of hex keys are done across the flat parts of the hex.

The Robertson drive is commonly referred to as a square drive and is very popular in both electrical and construction fields. Like the Phillips screwdrivers, Robertson drives also make use of a numbering system. Robertson drives have corresponding color codes to make each size easy to identify.

Torx drives are designed to function at higher torques than other screwdriver types and also have a longer lifespan. The Torx drive is sometimes referred to as a star drive due to the resemblance it has with its 6-point star shape. Torx drives have different numbers based upon the different distances between two opposing points.